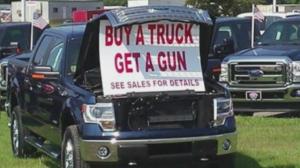 What doesn’t kill you makes you wish you were dead.

I sat on the bank, my back against a tree that leaned over the creek. I wrung out my socks while my head throbbed and my right eye pulsed. I wasn’t sure if it pulsed because of my headache, or because it was . . . whatever. Healing, regenerating. Whatever.

I still hadn’t worked up the courage to take a look; my phone still worked, so thanks waterproof case, but using the selfie feature to take a look at my face wasn’t going to happen for a while.

I tossed my sodden socks aside and went to work scooping mud out of my boots. It had taken me nearly five minutes to unlace my boots; my fingers hadn’t seemed to remember how to do that usually simple task. Finally, though, success. I needed to get my car back, I knew that, but first I was going to get mud and various twigs out of my boots and watch the alligator floating in the creek below me.

Escaping it had been anti-climatic. I’d moved away from it while it impersonated a log. Maybe it sensed our kinship: we were two monsters in piss-warm creek water the color of a Yoo-Hoo. At any rate, it watched as I slorked to the shore and struggled to land.

Finally, satisfied that most of the gunk was out of my footwear, I put them on. The socks were a lost cause. Nothing worse than wet socks. I left them on the ground and trudged up the slope to the gravel shoulder.

I inhaled–ow, that hurt, breathing in deep shouldn’t hurt–and sniffed around. Exhaust from my vehicle and theirs. Thanks to the muggy air, scents were hanging around. I sniffed again–not as much pain this time–and picked out their body odors (cheap bologna and stale cigarettes) and the copper tang of my blood. Brief hint of gun smoke.

The exhaust went down the road. I followed, getting more and more discouraged with each step. There were a dozen roads that connected to Highway 849, and two dozen that branched off those, all winding rutted roads with driveways and No Trespassing signs. They could have bounced down any of those roads or drives.

I stopped. I was in no shape for this. I reached for my phone. Time to call for help.

Sure. I’d just call the sheriff’s office and report that I’d been shot four times, including a head shot, but I was fine. Also, my vehicle had been towed off.

“Fuck,” I muttered. I took a moment to relish the fact that I could still speak. By the time help showed up, my head might be fine.

I waved a hand in front of my eye. Still blind. Maybe not.

Still though, I’d be fine enough that there would be a shitload of questions.

I started walking again. I’d run the license plate, but I couldn’t remember any of its information. Not the name of the registered owner, not even the plate number itself.

After a few minutes, I started wondering if I had even run the plate.

That brought me to the realization that Dispatch was going to wonder why I hadn’t checked back in.

I walked a little faster. Standard operating procedure would be to send a car to my last location. They would see the blood from my head wound. Shit.

I pulled out my phone. Four missed calls. All from the sheriff’s office. All with voice mails. Shit. Shit.

The exhaust trail turned down a narrow gravel road. I followed on autopilot, too concerned with the phone to pay attention to where my nose was directing my feet to go.