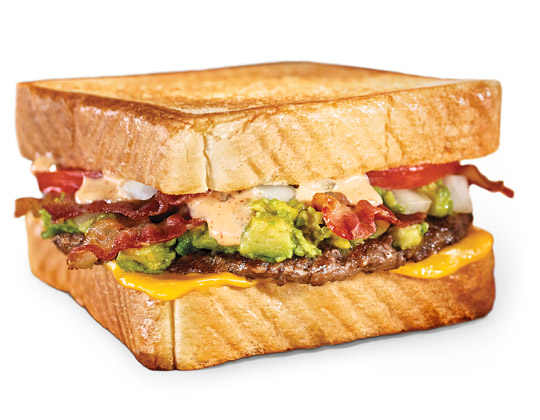 My eyes snap open. I’m staring at the fireplace. The rug is scratchy under my cheek.

I sit up. My hand goes to my throat. I’m not surprised to feel the open wound, the cold flesh and tacky blood. I remember everything that happened. I remember what it felt like to bleed out.

So I don’t panic or freak out. There’s no reason to. It’s like . . . like going to bed with a cold and waking up with the same cold. You don’t panic because the coughing and runny nose didn’t go away, you just get up and grab the Day-Quil.

Okay, that’s not a very good example. All I will say is this: I am not surprised to find my throat cut, and I am not surprised to see my wife sitting on the rug beside me, staring at me. I am a little surprised that I’m not able to turn my head; my neck just won’t move. I have to twist my upper body to look at her. She’s so pale. The skin around her eyes is nearly purple.

I try to speak. My lips move, my tongue works, but no sound comes out. My hand goes to my throat again. Dani shakes her head.

I bite my lower lip. Then I look at the couch. The twins’ bags are there. I get to my feet. My legs feel tingly, like they fell asleep. I unzip the side compartment to Dayton’s bag and pull out her iPad. I turn on the tablet. The girls have an app that they use to write messages back and forth when they don’t want us to hear their conversation. I tap it. It functions like a whiteboard; the iPad’s screen goes white, except for a slim black menu bar at the bottom that has stuff like an eraser icon, an option to change the text color, add photos, that sort of thing. I use my finger to write r u okay??? on it and show it to Dani. The words are in hot pink, but I don’t care.

She hesitates a moment, then motions for me to hand her the tablet. Then she scribbles on it: we’re dead aren’t we?

She writes: we need 2 leave

I nod again. Maybe she’s feeling the same thing I am: an almost animal urge to flee, hide. I’m not sure where. I just know I can’t stay here.

We, I correct myself. We can’t stay here.

Because here’s something else I’m feeling: a lack of caring about this woman. I remember our wedding, our anniversary trips, our best times, our worst times. I remember all that. I just don’t care.

My eyes flick to the kitchen. Alexa and Dayton are standing in front of the work island, shoulder to shoulder. Their Frozen pajama tops are soaked with blood. I note with my new clinical detachment that their throats have been cut too.

Dani stands up. She frowns and looks at her legs, slaps her thighs. She writes on the tablet and asks me if my legs feel funny.

She goes to the girls. They look up at her. She writes something on the tablet and shows it to them.

I open Alexa’s bag and take out her iPad. I tap on the whiteboard app, then tap a button to get it to connect with Dayton’s. It takes a second, and by then, Dani has moved away from the girls. She looks like she bit into a lemon.

I look at the twins. I don’t feel love or sorrow. I do feel a little bit of disgust. I don’t want them around me.

But they’re my daughters. Their deaths are my fault. Dani’s too.

It’s hard to sigh when you don’t breathe.

Dani and I have a conversation via the tablets. We discuss our new zombie state (Dani makes a Walking Dead joke–at least I think she means it as a joke) and where we’re going to go.

I suggest her grandparents’ ranch in Junction. They left it to her in their will. We haven’t been there in a couple of years, but there’s a company that takes care of the place.

She nods to that, and we head to the master bathroom’s shower, because neither of us trusts the other to not run off. We wash off the blood, and that’s fine, but our wounds are going to be a problem.

I sit on the bed and pull on socks while Dani rummages around in the walk-in closet, opening and shutting drawers, sliding hangers back and forth. Finally she comes out with a handful of shimmery silk scarves. She ties a scarf around her throat, holds her hands up like taa-daa!

I smile and give her a thumbs up, because that seems like a human thing to do. She wraps the girls’ necks, and I suddenly remember something I can use. I get up and go to the second bathroom.

I open the linen closet by the vanity. I hurt my neck last year playing flag football, after an overzealous technician from a rival car audio shop grabbed me and took me down like a rodeo calf. I refused to go to the doctor and bought a neck brace at Walgreens and wore that for a week.

I find the brace under a stack of old towels, and I’m putting it on when Dani flings open the door. She sees me, and relief flicks over her face. She thought I was running away. I’ll admit, I spent a few seconds looking at the frosted window above the toilet.

She dresses the girls in matching jeans and Winnie the Pooh shirts, and then we head out, shutting off the lights as we go. We head to the Tahoe, but then I stop, shake my head when Dani looks at me, her hand on the back door handle.

I use Alexa’s tablet to explain that we can’t take the SUV. Britt wakes up early, especially the day of a trip. We need to buy all the time that we can. If Britt gets up at her usual 5:00 a.m. and sees it gone, she’ll think that we left without them or had an emergency. We’re supposed to leave by 7. We need the extra two hours.

We walk down our driveway, heading for the next street over. That street, like ours, ends in a cul-de-sac, but instead of a bank of mailboxes, it has a covered carport for four vehicles.  Our garage is full: boxes of old clothes, the jet ski Dani wanted but we only used twice, its trailer, a weight set that I actually use pretty frequently. The homeowners’ association won’t allow vehicles to be parked at the curb for more than eight hours without prior approval, and it’s a major pain in the ass. We keep the driveway as empty as possible for visiting friends and relatives, and right now I’m glad we forked over the extra twenty-five dollars a month to rent a carport space.

We pack the girls into the back seat. I start the car and adjust the mirrors while I figure out our next move. We need money. I don’t want to use our credit cards because we can be tracked that way. Same with the bank card, which also means hitting an ATM is out of the question. I don’t have much cash in my wallet, maybe twenty bucks, and Dani probably has even less in her purse.

I back out of the space. We need to go to the shop. There’s about five thousand in cash in the safe in my office. That’ll be enough to get us to Junction. The Toyota has a full tank, so we shouldn’t have to stop for a few hours.

I turn the car around. My stomach growls. I grimace; the sensation is unusually painful. Well, I can stop after the shop. There are a couple of twenty-four hour fast food places, like McDonald’s or Whataburger.

But the idea of a Big Mac or avocado bacon burger isn’t appealing at all. The thought actually nauseates me.

Dani’s stomach growls. She puts her hand on it, wincing.

I put the car in gear. We head out of the subdivision.

In the back seat, the girls’ stomachs rumble in unison.